Prime Minister Malcolm Turnbull has today ruled out any changes to negative gearing and in doing so, has drawn battle lines on housing affordability for this coming election.

If Labor wins the election, it plans to reform negative gearing and the capital gains tax discount effective from 1st July 2017. The move, according to a scare mongering Turnbull, will “drive down home values,[and] drive up rents” – a claim he is yet to throw any evidence behind.

A report from The Australia Institute, shows Turnbull’s electorate of Wentworth as the biggest beneficiary of negative gearing, with property investors losing an average $20,248 each in the 2014 financial year. 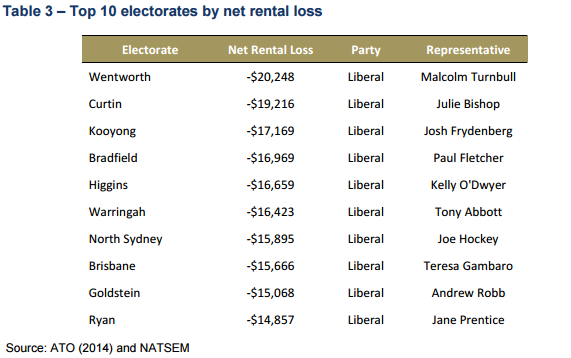